Subscribe to my newsletter below to keep informed of forthcoming projects, exhibitions and the occasional first peek at my latest work.

While preparing to deliver you news of Roy’s Art Fair, I was rudely interrupted by a global pandemic and told to stay indoors, as if that’s not what I do already. Stay safe and hope to see you at a future art fair!

My 4th time showing at Granary Square @ King’s Cross and the fair still feels as fresh and new as ever. It was the best one yet!

My 2nd appearance at Roy’s, this time at the Old Truman Brewery during one of the busiest weeks for art fairs in London. I was buzzing the entire weekend, from both sugar and the vibes given off by visitors. Thanks for coming!

A group exhibition looking at the gentrification of British seaside towns, poverty and the displacement of local people through rising rents which was, unfortunately, cancelled at short notice by the gallery who raised the rent and offered the space to richer, more affluent artists coming down from London.

But thanks to community spirit, a smaller version of this show will take place in various local businesses in the coming months and a councillor from Ramsgate has offered funding and resources to help this exhibition go ahead next year.

My third appearance at Granary Square, King’s Cross. Come and find me amongst a sea of creative cretins.

2 of my freshest artworks will be exhibited, as well as some of my finest leftovers as I flog myself at the Bargehouse on Southbank. Come along – tickets are free!

Returning to Granary Sq. King’s Cross LDN for their Winter Fair, getting juiced up on mulled wine and flogging my artwork to satiate your festive binge.

So secret, in fact, I forgot to notify anyone of my involvement. Nevertheless, my late submission was sold and proceeds from the show went towards the work the good people do at Touch Base Care and The Rainbow Centre.

Taking place @ The Old Truman Brewery on Brick Lane, I will delve deep into the oiled beard of Shoreditch to see what opportunities await me, with hope that the community of hipsters adopt me as their latest trend and spread the word that they knew me before you knew me. I have to deny all fame I have accumulated beforehand, whilst still displaying the symptoms of fame in the form of an inflated ego and a shit pair of glasses.

Thanks to all who visited my stall at Granary Sq. King’s Cross. I had fun chatting to you all about my work, the good weather and the chances of human survival in a post-apocalyptic world.

Come along and get festive at the Creative Quarter’s Christmas Market @ 3-7 Tontine St. I’ll be there with my imprisoned elf installation sabotaging the festive vibe. I’ll be selling leftovers from the London Illustration Fair and will accept booze and mince pies as currency. Being the season of goodwill, I might decide to wrap any artworks bought as a gift, but don’t hold me to that.

I’ve been selected as one of the 65 exhibitors to take part in this year’s London Illustration Fair.  The event takes place at the Bargehouse on Southbank and looks set to be an intense few days! I’ll be selling original artwork alongside my finest selection of limited edition prints. You can find me on the top floor within stumbling distance of the bar.

Group show with the Chip Shop Group on The Old High St. where I launched my new ice cream series (at the wall).

More art market mayhem in Maidstone! I really enjoyed discussing the ideas and thoughts that fuel my work and the smiles provoked by my 2-part decapitated teddy painting. 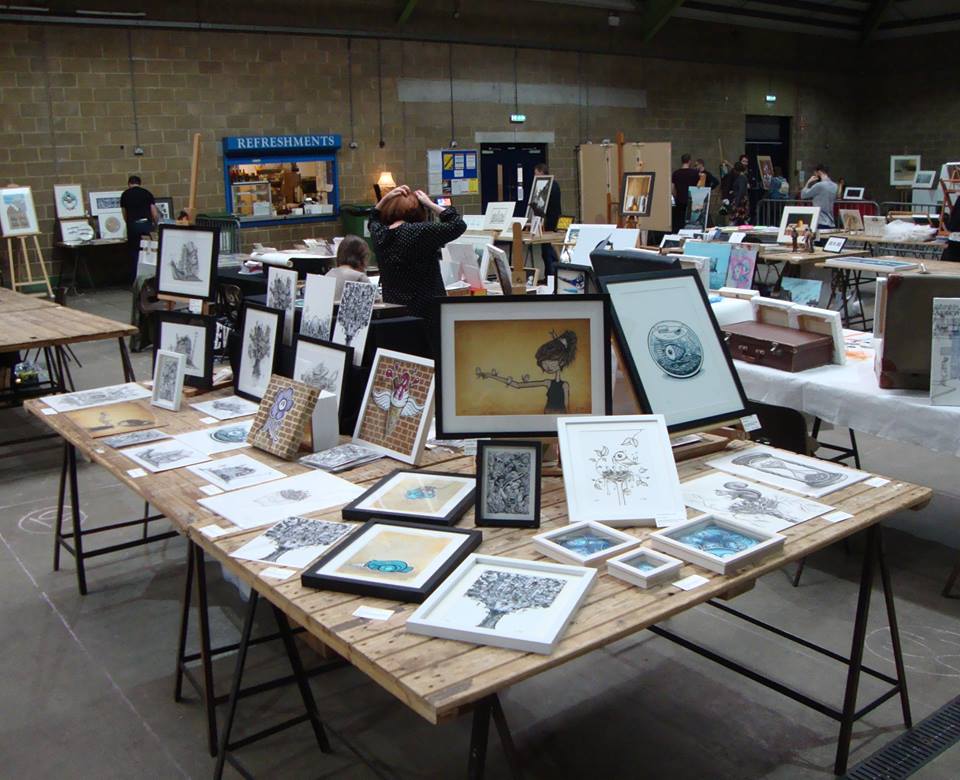 The Vauxhall Art Car Boot Fair came to Folkestone’s Harbour Arm for the launch of the 4th Folkestone Triennial. I was thrilled to be invited alongside fellow members of The Chip Shop Group! 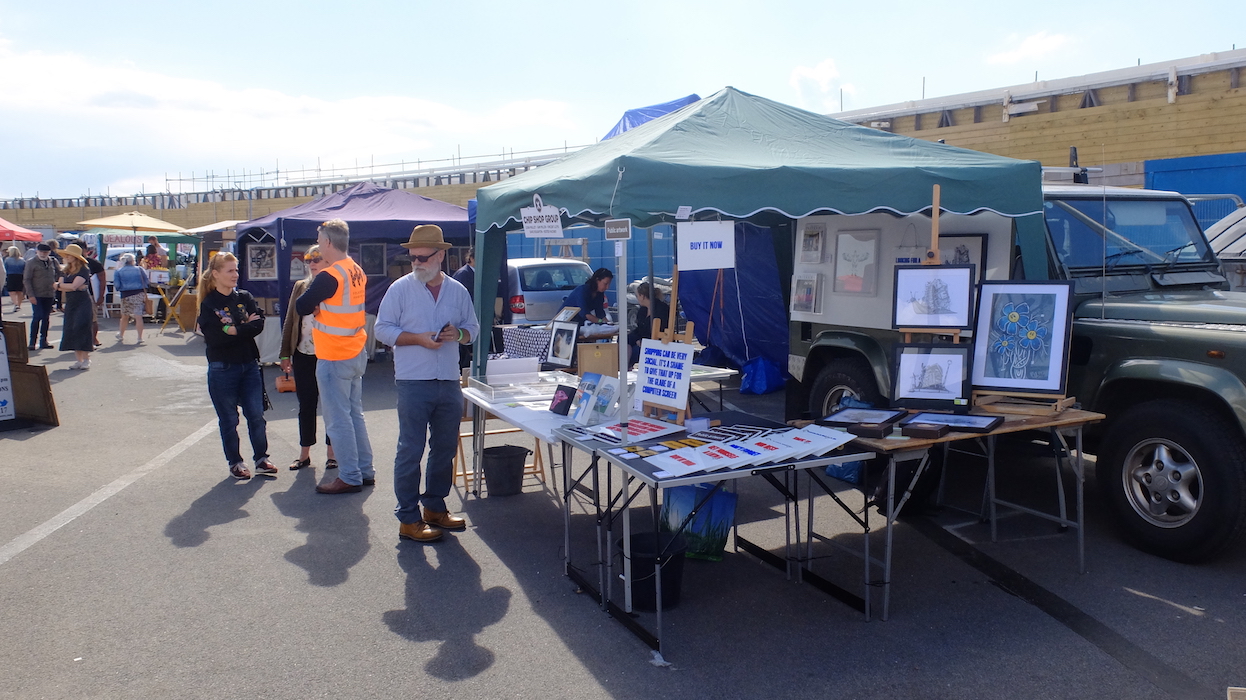 Website refresh. No need for a link – you’re already here. Have an imaginary glass of bubbly on me and invite a guest to check out my work.

Chip Shop Group Traditional Festive Market 2 – Offering an alternative array of festive wares. I exhibited my elf sculpture, imprisoned inside a present with a bow on top – an installation piece that looks at the exploitation of child labour to provide for our obligatory annual consumerist binge.

All clothing, furniture, walls, body parts, toys and accessories were made by me. Mostly from second hand, old or reused materials. No elves were harmed in the production of this piece, but 1 Dave was exploited for 100+ hours of unpaid labour. 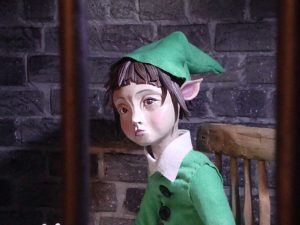 Self explanatory. Inspired by the Art Car Boot Fair. 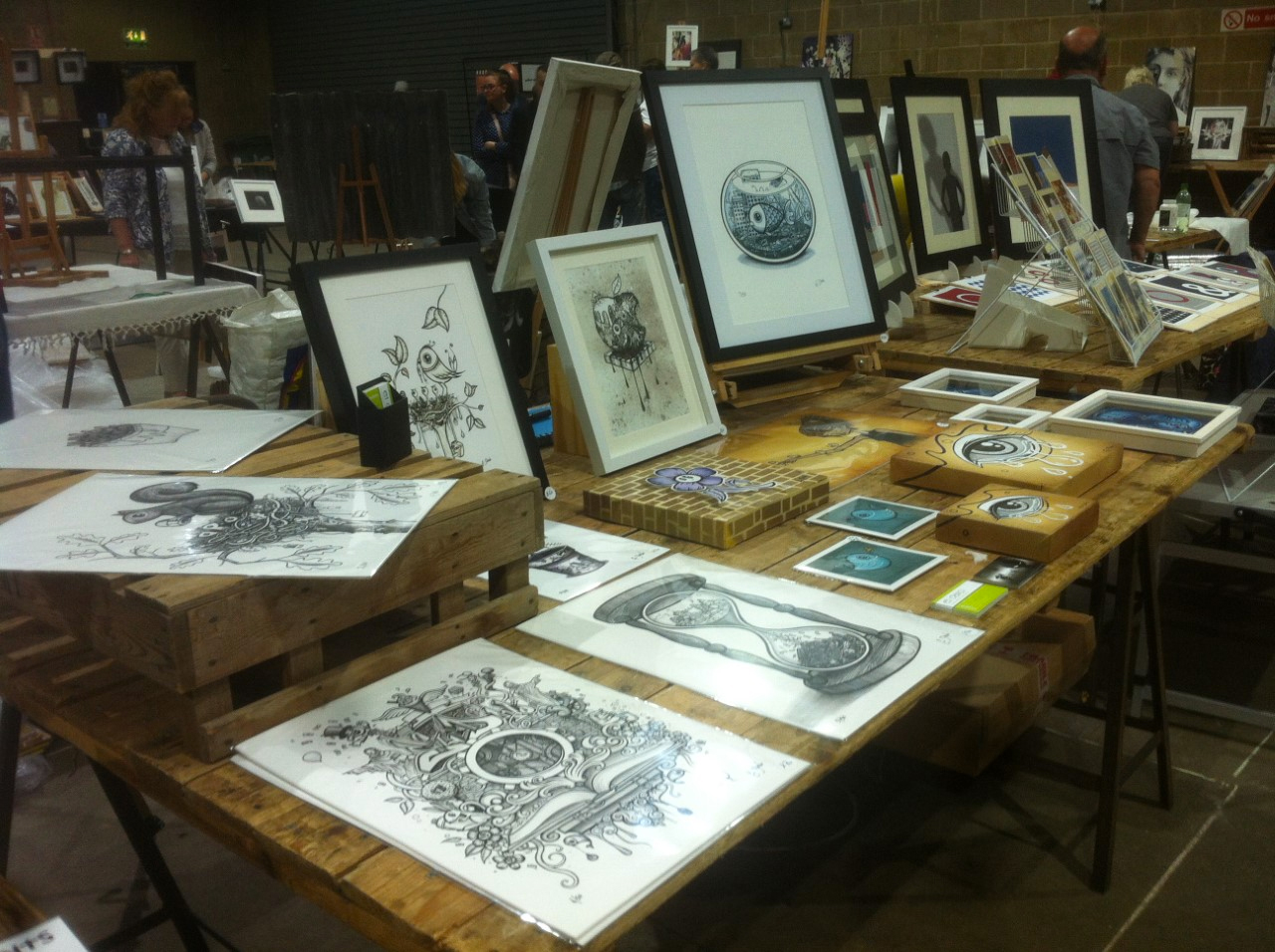 For a month, my parents looked after 2 girls from Belarus as part of the Chernobyl Children’s project which allows young people from families affected by the 1986 nuclear disaster to spend a month in the UK. Yana and Dasha were two awesome kids, both extremely polite and grateful. They were fascinated when they saw me drawing one day and I think they thought I was famous, so I did them a small painting each.

My latest artwork comes with a bottle of wine attached. Available from Googies in Folkestone. 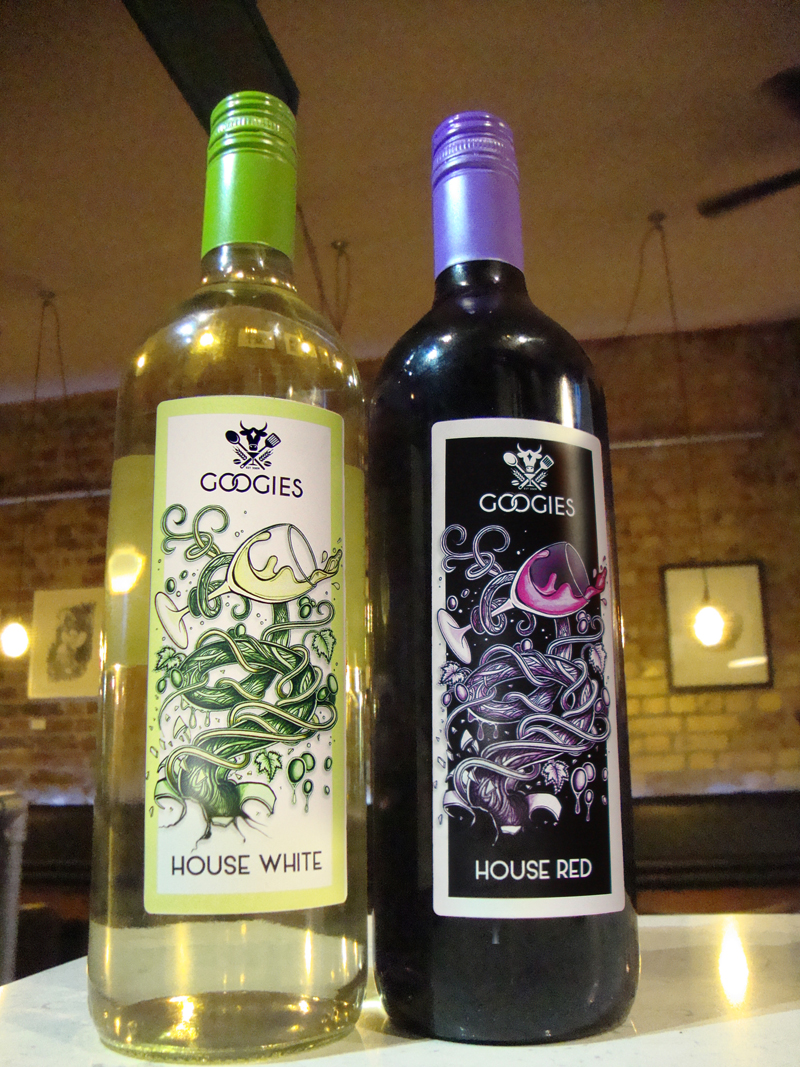 One of the coolest projects I’ve done so far – the cocktail cup design for Bathtub & Gun. A new cocktail bar on Folkestone’s Harbour Arm. These eco cups eliminate the need for single use disposable cups by encouraging drinkers to return them to the bar in order to get their £1 deposit back, or they can take it home. Either way it helps reduce pollution. 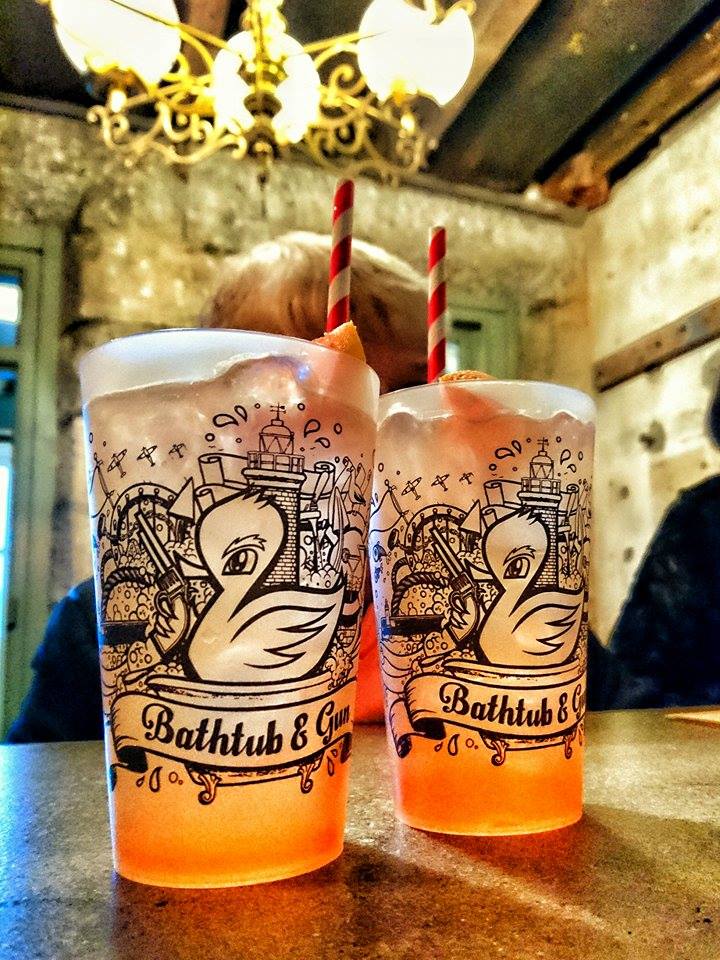 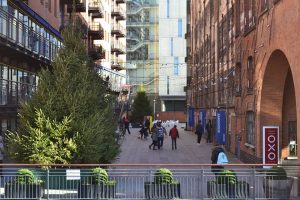 August 15th – September 27th 2015
Group exhibition at Bluewater Shopping Centre with the What If Gallery. We freshened up Bluewater with a wall cheekier than Nandos, fresher than an Apple and tighter than the elasticated ankle cuffs on a pair of Reebok trackies. 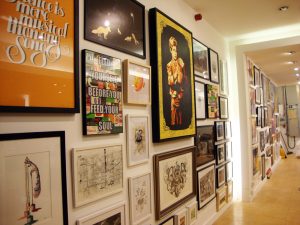 I spent most of the Christmas period adding the Burnap + Abel colours to the wall of their office in Folkestone. You can gawp through their window if you’d like a closer look. 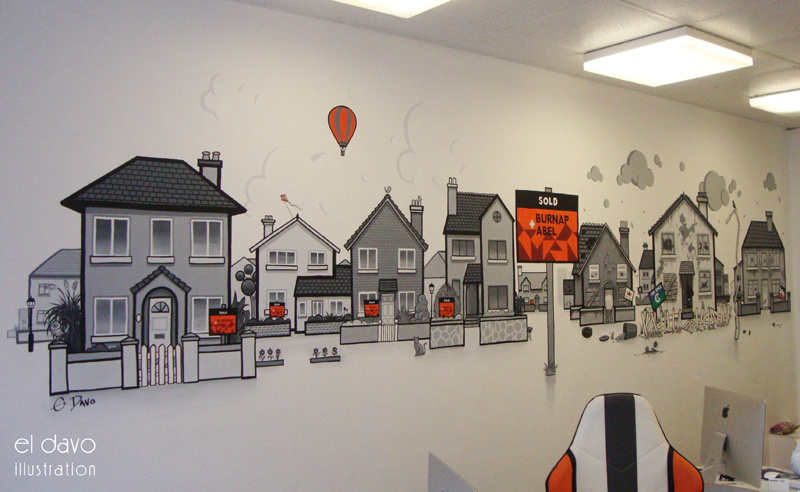 My biggest illustration to date stands at just under 10 metres tall in Noel’s Yard, Folkestone. 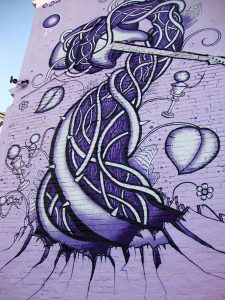 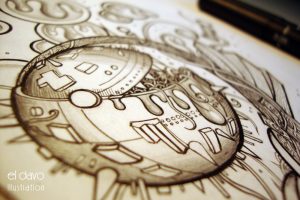 Mural @ Googies. A scene that captures the essence of Folkestone life. 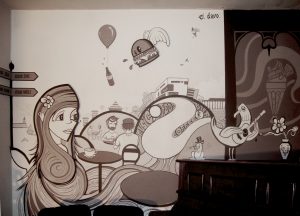 Art Installation @ The Chambers: Sub Night – A new audio-visual concept with UV art installations by Beka Smith and El Davo and music by the Sideways’ DJs.

Shepway’s Hidden Gems project launch. Commissioned by the local council to brighten up the empty shop windows in time for the London 2012 Olympic Torch Relay as it passes through Folkestone. My contribution championed the often neglected East end of Folkestone and Harbour area. 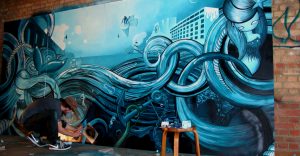